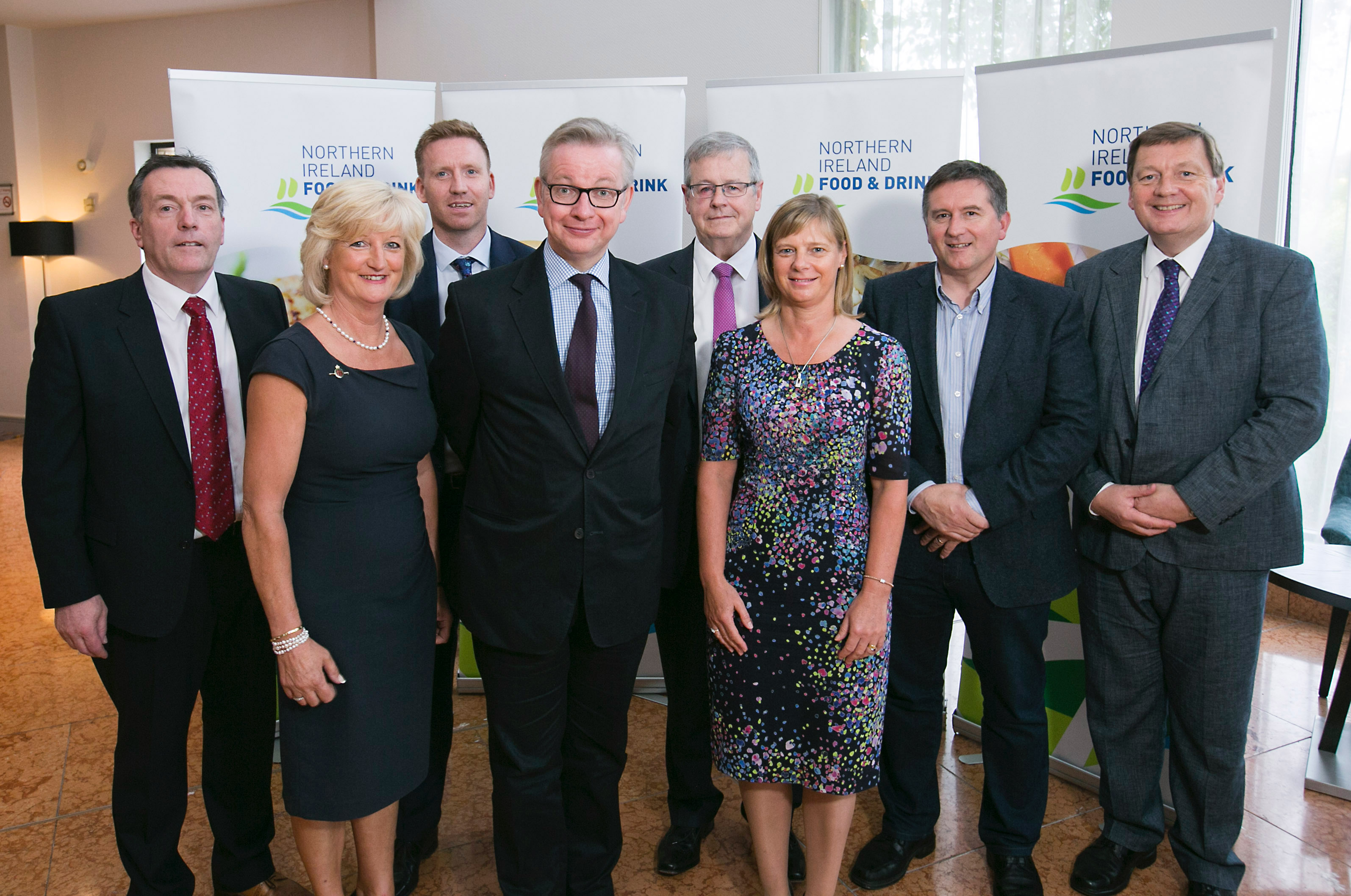 
Representatives of the Northern Ireland Food and Drink Association (NIFDA) met with Secretary of State for Environment, Food and Rural Affairs, The Rt Hon Michael Gove MP this week to discuss the ongoing Brexit negotiations.

The delegation, which included NIFDA executives and members of the association, met with Mr Gove as part of a series of consultations taking place with trade bodes across the UK.

“As the representative body for the Northern Ireland food and drink industry, we were pleased to meet with the Secretary of State to discuss the unique opportunities and challenges Brexit presents for the agri-food industry in Northern Ireland.

“As part of our ongoing engagement with Westminster on the Brexit issue, we continued our discussions on the best way to make Brexit a success for Northern Ireland’s most important industry. We outlined the main enablers to growth which were published in our November Brexit report, and reinforced how it is imperative that the local agri-food industry access new export markets, and gains access to a trade deal that facilitates a soft border with the Republic of Ireland, maintaining the movement of people and goods, free from tariffs and border control delays with the EU.

“Prioritising the interests of the agri-food sector in Northern Ireland during the Brexit negotiations is vital to the future economic success of this region and we were pleased to find that Mr Gove was already very engaged with the concerns of our members. During our meeting, he demonstrated a commitment to recognising their singular importance and the need to consider Northern Ireland’s unique position during this critical time. As negotiations continue, we look forward to liaising with him and the Department in the months ahead.”