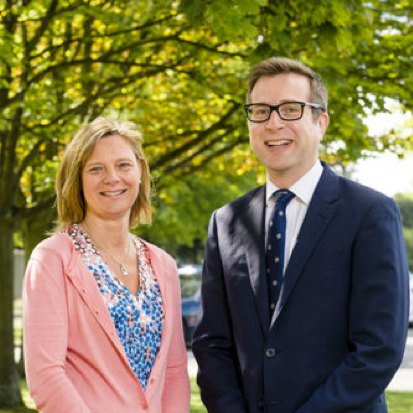 Moy Park has been named as Northern Ireland’s biggest company for the fifth consecutive year.

The Craigavon-based meat processor topped the Ulster Business Top 100 Companies 2016 list, produced in association with A&L Goodbody, with turnover of £1.407bn for the latest full year of sales for 2015, up from £1.388bn the previous year.

It was acquired last year by the world’s biggest meat packing company JBS in one of the biggest corporate transactions in Northern Ireland’s corporate history, having been sold by fellow Brazilian Marfrig.

It is joined at the top of the table by fellow meat industry firm Dunbia in second position with sales of £826m and grain importer W&R Barnett in third position with £815m.

It’s the first time in the 27-year history of the list that agri-food firms have dominated the top three positions, a sign of the industry’s growing dominance in the economy here.

“We are absolutely delighted to once again be named Northern Ireland’s number one company in the prestigious Ulster Business Top 100. I would like to thank the outstanding team at Moy Park who continually deliver for our valued customers. It is the commitment, passion and determination of our people that makes Moy Park the successful business it is today.”

“In different ways and across many different sectors, this year’s Top 100 companies have made a hugely significant contribution to the Northern Ireland economy in the past 12 months.

“These formidable companies continue to lead by example in proving that, with drive, determination and resilience, challenges can be overcome and new opportunities can be sought out at home and abroad.  Despite the uncertainty that lies in the months ahead, we look forward to seeing these companies continue to thrive and to achieving continued growth and success.

“On behalf of all at A&L Goodbody, I would like to congratulate to each of this year’s Ulster Business Top 100 Companies and wish them every success for the year ahead.”

“Once again the Ulster Business Top 100 Companies list has shone a light on the engine room of the Northern Ireland economy. From cheese makers to engineers, bus manufacturers to chemists; the list shows the diverse nature of our businesses provide a strong foundation for future growth.

“Although profits have been hit, turnover continues to grow and acts as a good indicator of how much each company contributes to the local economy.”

Overall the Top 100 companies have together produced record sales of £23.6bn, a 1% increase on the previous year.

The Ulster Business list ranks companies according to turnover filed with Companies House as it offers a good insight into how much money the business are putting back into the local economy through salaries and other costs, such as raw materials.

On a profit basis, the collective Top 100 companies didn’t have such a buoyant year with total profits 44% down on the previous year at £533m.

Much of that is accounted for by Short Brothers, the seventh placed company, which lost £229m in the latest financial year and Gortmullan Holdings, the former Quinn Manufacturing business, which lost £262m.

Bombardier’s losses have already been much publicised after initially poor sales of its C Series aircraft, parts of which are made in Belfast.

Gortmullan’s loss is mostly due to write-downs from the selloff of parts of the business.

Remove those two major losses from the list and the Top 100 companies made over £1bn in profits.

The list was compiled by Jonathan Cushley from financial information provider D&B.