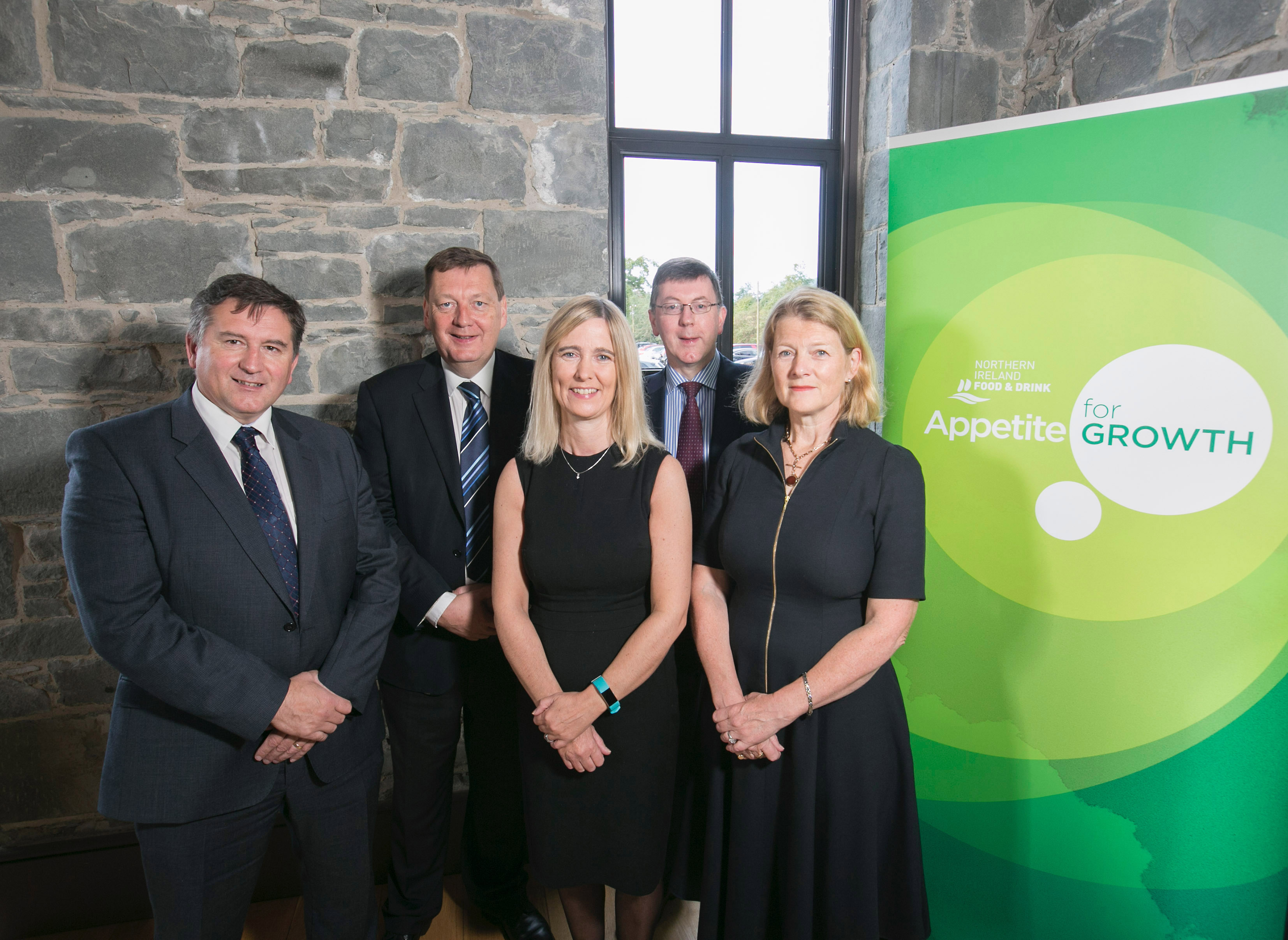 
Business leaders at the Northern Ireland Food and Drink Association (NIFDA) ‘Appetite for Growth’ conference have heard how a strong trade deal with Europe post Brexit will be vital to protect the future of the province’s biggest export industry.

The annual event, which was hosted by NIFDA and supported by Bank of Ireland and the Department of Agriculture, Environment and Rural Affairs, addressed the challenges and opportunities Brexit presents for food and drink businesses here.

“Given the complexity and scale of the issues facing our industry, there has never been a more important time to bring everyone in the supply chain together to discuss immediate concerns around border controls, trade tariffs and access to migrant labour. There are undoubtedly enormous opportunities for Northern Ireland’s food and drink industry to grow but lack of access to Europe is a huge threat. Brexit presents a once in a generation opportunity to create a framework that works for us, so it is imperative that business and political leaders come together to get it right.

“Without a trade deal, it will be virtually impossible to solve the issues leaving the EU presents and the consequences of getting it wrong are serious. Almost 30% of Northern Ireland’s produce is exported outside of the UK, with 12% of the working population either directly or indirectly involved in agriculture. Few if any businesses can afford to risk the loss of 30% of their income and the resulting impact on employment, income and spending power would be severe. A trade deal will be essential for protecting the industry from potentially crippling tariff increases, which could be as high as 56% and for ensuring that a sector with enormous growth potential is able to compete in the future.”

Delegates also heard from UK Groceries Code Adjudicator Christine Tacon, whose role is to monitor and adjudicate over the relationship between suppliers and retailers.  She had this advice for Northern Ireland’s food producers:

“If you are a direct supplier to retailers, you must be aware of the Groceries Supply Code of Practice, which exists to ensure the ten regulated supermarkets treat their direct suppliers lawfully and fairly. We strongly advise all producers to get trained in the nuances of the Code and to learn how it can help them to negotiate with retailers and protect their business.”