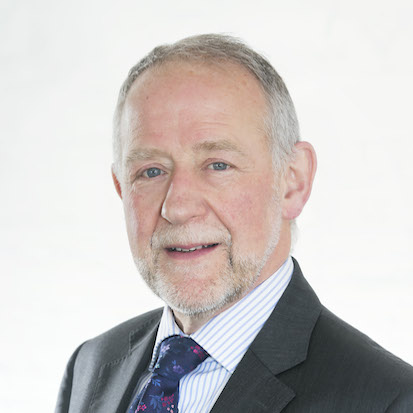 
In the absence of a functioning Executive and with the restoration of power sharing institutions some way off, NI business groups have joined forces to propose practical solutions to ensure decisions crucial to the prosperity of the region can continue to be taken.

For more than a year, businesses and individuals across Northern Ireland have engaged with Executive departments to request policy direction, make important tendering and procurement decisions, and decide regionally significant planning applications.

The recent Belfast High Court judgement on the Arc21 Incinerator has however called into question the ability of the civil service to continue to exercise these duties, not just on planning and infrastructure decisions, but across a range of policy areas.

Other key projects put at risk by this judgement include the North-South Interconnector, A5 upgrade, Belfast Power Station, and the £150 million ultra-fast Broadband project – each of vital importance to the NI business community.

The Business Community recognises that the Department for Infrastructure has appealed the High court’s decision. However, given the importance of avoiding a lengthy period of decision-making uncertainty, the group believes the merits of two potential legislative solutions should also be considered in the meantime:

“The business community’s overwhelming priority remains the return of an inclusive devolved government. But without a political resolution in sight, it is only right that we request that the Secretary of State explore all alternative options. Policy paralysis is not acceptable, and we must all look for ways to remove the current handbrake on local economic and social progress. Both businesses and individuals deserve to have access to the basic everyday governance that is offered in all other regions.

“Last week’s incinerator decision exposed the fragility of current decision-making arrangements in the absence of Ministers. The longer this uncertainty presides over local infrastructure decisions, the greater the risk to jobs and investment. Northern Ireland cannot be left in a decision-making limbo indefinitely.”

“It is becoming more and more difficult to see how the Northern Ireland economy can develop and businesses prosper without having the necessary functions of government in place. There is no sign of Stormont being restored, there are no Ministers in place to take vital decisions on critical issues and it now appears that no policy decisions of significance can be taken legally by senior civil servants.

“Northern Ireland’s credibility as a place in which to do business is suffering intolerably because of the political impasse.  We need the return of a functioning local executive and a Ministerial team focused on helping the Northern Ireland economy to flourish. In the meantime, the proposals put forward by business groups today outline potential solutions that should be considered – too much time is being wasted and time is of the essence.”

“As the Federation has already said on the public record, there is a significant and increasingly harmful lack of governance within Northern Ireland.

“We have long said that the Secretary of State must now bring clarity, particularly given the construction industry’s critical role in delivering jobs, economic development and growth and last week’s verdict. Decisions need to be prioritised and a clear and accountable way of taking these decisions needs to be established. Our preference is, of course, the establishment of a Northern Ireland Executive. However, failing that, we need to move to a position where the functions of government can be exercised in a way that any other part of these islands would expect as a matter of course.”

“The continued lack of certainty around decision-making in Northern Ireland is not sustainable and will in all likelihood result in the loss of jobs if it is to continue.  In the absence of a local Assembly or even efforts to resume talks, our members and the wider business community need certainty to allow some key strategic infrastructure decisions to be made. The time is now for some leadership and creative thinking from the Secretary of State to move this issue forward, even if it means introducing some temporary measures like the ones we have suggested today.”

“While a sitting Assembly is our preferred option, our industry needs mission critical decisions taken now on issues such as business rates and the Apprenticeship Levy. The current stalemate is no longer an option and further stagnation only serves to make it harder to do business in NI.”

“The current political limbo is nothing less than a total disgrace and we need to see new leadership, an end to the blame game and new talks beginning immediately. Having no Government for so long is making Northern Ireland an international laughing stock and will impact on foreign direct investment”

“Devolution should always be the first choice for Northern Ireland. Failing that we need a plan B with Ministers in place making the vital decisions to move our economy forward”

“A functioning and effective Local Government is something we as an Industry naturally want. However, because of the current stalemate at Stormont, what we hope will be a for a short time period, we would like to see key decision making around Infrastructure projects to be made by appropriate senior civil servants. This will ensure projects that have been years in planning and approvals with allocated funding can proceed without further delay.”

“Hospitality Ulster value our devolved government structures and the NI Assembly. However, we simply cannot continue with the current situation. Our members feel the real and tangible costs of no government, which leaves us to operate with outdated legislation as our competitors modernise to meet the demands of a fast-changing market. As hard working, law abiding, tax pay businesses, our members deserve the basic right to have a working government in place”.

“The void of political leadership is having a serious impact on the NI economy and it appears that key decisions on critical issues cannot be taken by senior civil servants.  We need to restore the local executive as a matter of urgency especially given the unprecedented times we are in with Brexit and the gap in representing Northern Ireland at the negotiating table.”

“In the interest of supporting and developing the economy in Northern Ireland it is important that the current policy paralysis is overcome.  The best way to make progress is for politicians to return to their work as our elected legislators.  However in the absence of government we must find innovative solutions to ensure we do not further damage our economy by preventing major projects from progressing.”

Details re Option A:

Suggestion is to temporarily amend ‘The Departments (Northern Ireland) Order 1999’ to allow any function of Executive Departments to be made by the Permanent Secretary in the absence of a Minister. This could involve a temporary suspension of article 4(1) and include the addition of a sunset qualification to state that this suspension would only apply in the absence of devolution and will revert back once a functioning Assembly/Executive is restored. This would in practice allow Section 4 (3) to be exercised allowing a senior officer of the department to exercise any functions of a department during this temporary period. To provide additional scrutiny and transparency this option could be undertaken in tandem with the re-establishment of NI Assembly Statutory Committees.

4.—(1) The functions of a department shall at all times be exercised subject to the direction and control of the Minister

(2) Without prejudice to the generality of paragraph (1), the Minister may in pursuance of that paragraph—

(a)distribute the business of a department among the officers of the department in such manner as he thinks fit;

(3) Subject to the provisions of this Order, any functions of a department may be exercised by—

(b)a senior officer of the department.

Details re Option B:

Consider extending the existing decision-making powers of the Planning Appeals Commission to incorporate ‘Regionally Significant’ planning applications – allowing the PAC to fulfil the same role as its counterpart An Bord Pleanála in the Republic of Ireland. In effect we would suggest that the relevant parts of Section 26 of the Planning Act (Northern Ireland) 2011 – Parts 10-13 in particular) could be changed to make it mandatory that all regionally significant applications are sent to the PAC for inquiry and determination. Again, this proposed legislative change need only apply in the absence of a functioning local Assembly and could revert back once devolution is restored. As with all other planning decisions the PAC already make, that decision would be final – subject of course to the supervisory jurisdiction of the courts by way of Judicial Review.

10) For the purpose of considering representations made in respect of an application for planning permission made to it, other than an application mentioned in subsection (9), the Department may cause a public local inquiry to be held by—

(b)a person appointed by the Department for the purpose.

(11) Where a public local inquiry is not held under subsection (10), the Department must, before determining the application, serve a notice in writing on the applicant and the appropriate council indicating the decision which it proposes to make on the application; and if within such period as may be specified in that behalf in the notice (not being less than 28 days from the date of service of the notice), the applicant or the council so requests in writing, the Department shall afford to each of them an opportunity of appearing before and being heard by—

(b)a person appointed by the Department for the purpose.

(13) The decision of the Department on an application for planning permission made to it shall be final.


NIFDA supports calls for NI public to use water responsibly »