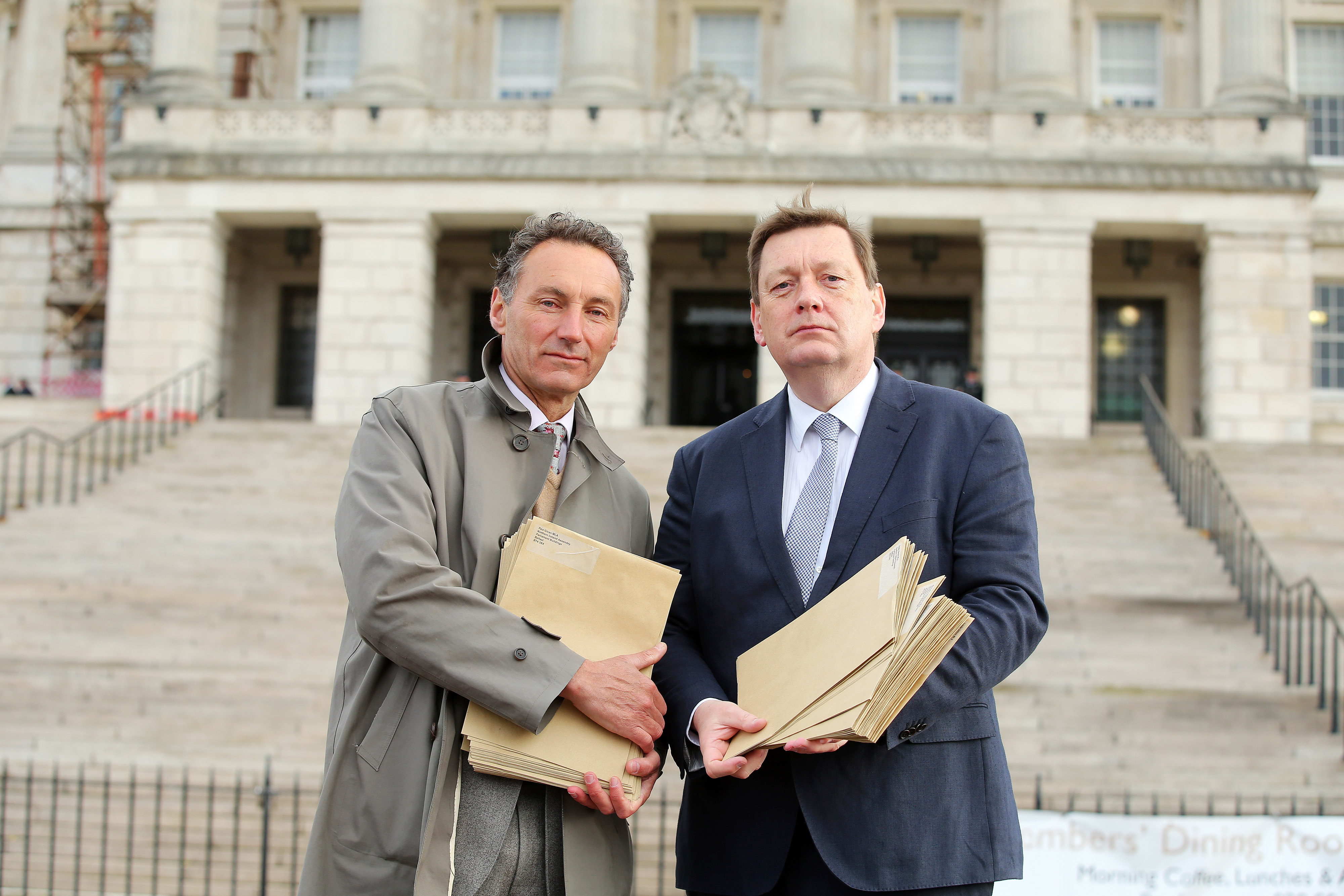 
NIFDA Director Michael Bell today joined business and civic leaders from across Northern Ireland to deliver an open letter to Stormont, calling on local politicians to find a way forward in creating a power-sharing government.

Signed by business bodies, representatives from the Community and Voluntary Sector and other members of civic society such as universities and membership organisations – the letter seeks to act as a final plea to political leaders to create a Northern Ireland which will guarantee peace, attract investment and deliver job creation and social progress.

Below is a copy of this letter:

During the month of April nineteen years ago, people across Northern Ireland were presented with an amazing agreement which would deliver a path for peace and prosperity in the years ahead. That Agreement won overwhelming support in a referendum one month later.  The business community and civic society are united in our gratitude to the UK and Irish governments of that time and of course international support from President Bill Clinton and Senator George Mitchell. Similarly, we recognise that Northern Ireland is indebted to many people from right across society who have transformed communities by putting themselves forward as peacemakers, compromisers and economy builders during the past two decades. Lives have been transformed and a generation of young people have benefited enormously.

Northern Ireland’s power-sharing government that emerged from the Belfast/Good Friday Agreement has brought peace to our streets, put an end to sectarian killings and allowed economic growth to ensue. Devolved government has also delivered to Northern Ireland autonomy over our local public services and has dramatically improved our international reputation for investors and tourists alike. But, as President Clinton has recently reminded us, there is much more to be done. Indeed as the UK re-negotiates its relationship with Europe, a united voice from Northern Ireland politicians is urgently needed to protect our unique interests.

Today, business bodies (representing employers, investors and entrepreneurs), the Community and Voluntary Sector (representing organisations which transform lives through voluntary work and community groups) and many other members of civic society such as universities and membership organisations make a final plea to local political leaders, and the two governments, at this critical juncture.

Business and civic society are today directly asking local politicians to find a way forward for creating a power-sharing government that works for all the people of Northern Ireland. Our future can only be a shared one. It is only through local government that we can guarantee peace, attract investment and deliver job creation and social progress for this small region. We remind local politicians that they have a duty to their electorate to pursue the best way forward for everyone residing in this region.

Today the voice of business and civic society join together with one message. Together our organisations represent hundreds of thousands of people across all religions, backgrounds and sectors. We unequivocally state that the best way forward for everyone in Northern Ireland is through a local power-sharing government which is built upon a desire to maintain our peace process, demonstrate respect to all communities and deliver compromise where needed.